Well it is quite a crisp morning in Georgetown KY. the out door temp is 2ºC or 36ºF so on either thermometer it’s just cold, Its 6am on Monday, and as I check the control panels, I am pleased to find the battery bank is still at 80% the battery voltage is 12.3 and the coach temperature is a balmy 57ºF or 14ºC not warm but we only have the heater at the front of the coach turned on and the temp is set at around 60ºF. The boiler (diesel furnace) warms the inside of the coach with small hot water radiators with small 12 volt fans moving the air through the small finned heat exchangers, this system has an amperage draw or up to approximately 10 amps (122 watts) when the boiler is fired and depending on how many radiator fans are running with just the circulation pump running it draws around the 4 amp (48.8 watt) mark and on cold nights like this will run most of the night with the boiler firing only when the hot water tank drops in temperature. We watched a couple of hours of television last evening and I ran the generator the last hour before we turned in to give the battery bank a little boost and it also allowed us to run the space heater, but the batteries carried us all night with no issue, we only brought in 27 amp/hours of solar yesterday but the alternator on Thunder charges the battery bank when running so we had about 5 hours of run time yesterday.

This is all well and good but we shut down the inverter when we turn in for the night when dry camping, and its not a huge issue but it just means resetting clocks every morning, it means that some items do not recharge over night, and to be quite frank its all about the creature comforts, now by running new 12 volt lines into the coach, we have been able to charge our phones and iPads overnight but our laptops not so much. And if we run the furnace to try and maintain 70ºF then we just draw the battery bank down too low, this is what the new lithium batteries will take care of. If you take our maximum steady draw of 10 amps for furnace, at 3 amps for the fridge control board, and the propane and smoke detectors, along with the parasitic draws for gauges and indicator lights, than add 8 amps for the inverter to run television, satellite, charge lap tops and such we have a 21 amp draw off the batteries. That amount drawn over night say for 10 hours is a total draw of 210 amp hours and our present capacity is only 225 amp hours of usable power which would have the battery bank at only 50% which is the level where they get damaged quickly, this is why batteries are the big item on any unit that boondocks…I bet this is one of the posts that Miss Laurie tells me that I was too wordy…and she is most likely right, the reality is it is just too complex to get your head around it, without a detailed explanation and nothing teaches like real life situations. 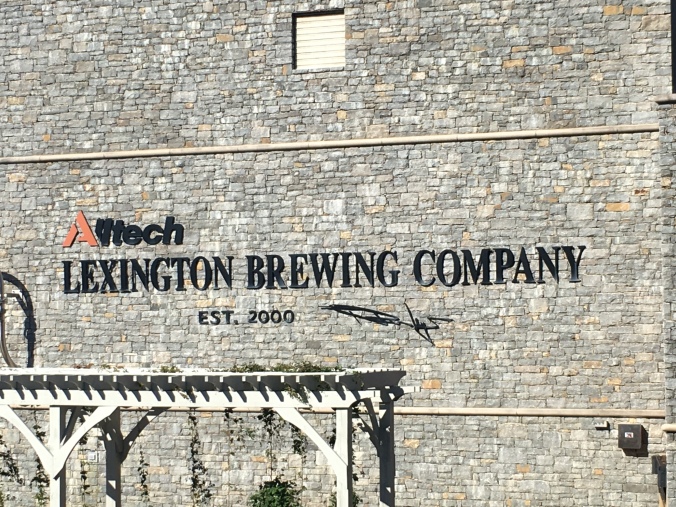 Ok, if I haven’t lost you in an with all the verbal diarrhea above I think today could be a very interesting day, you see we are in Kentucky just around the Lexington area close to the bourbon tour that  can take us west across Kentucky, now the only issues that could be a concern are too many tastings and President Trump! Now I know enough not to talk politics as it seems to be a volatile topic of which I have my opinions but some of our American friends take it a little too serious, but the issue I may have is a Trump rally in Lexington tonight so traffic and crowds could be heavy. So we are planning a few stops in this area today and then head west on the Bluegrass Parkway to a Cracker Barrel near Elizabethtown on I-65 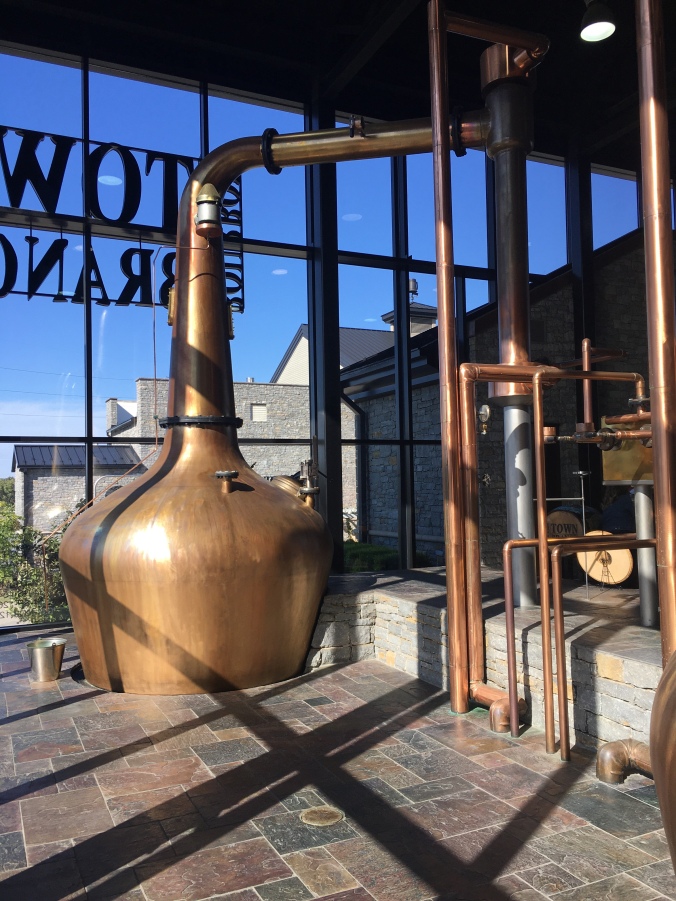 Well we made it to Town Branch, brewery and distillery, where we were able to sample some of the products, we took a tour and found a couple of products that we decided we most likely couldn’t have made it to Arizona without. And I think we may have found a winter cocktail that might rival Butch’s Brandy Alexander’s, we will have to check it out in April…just saying 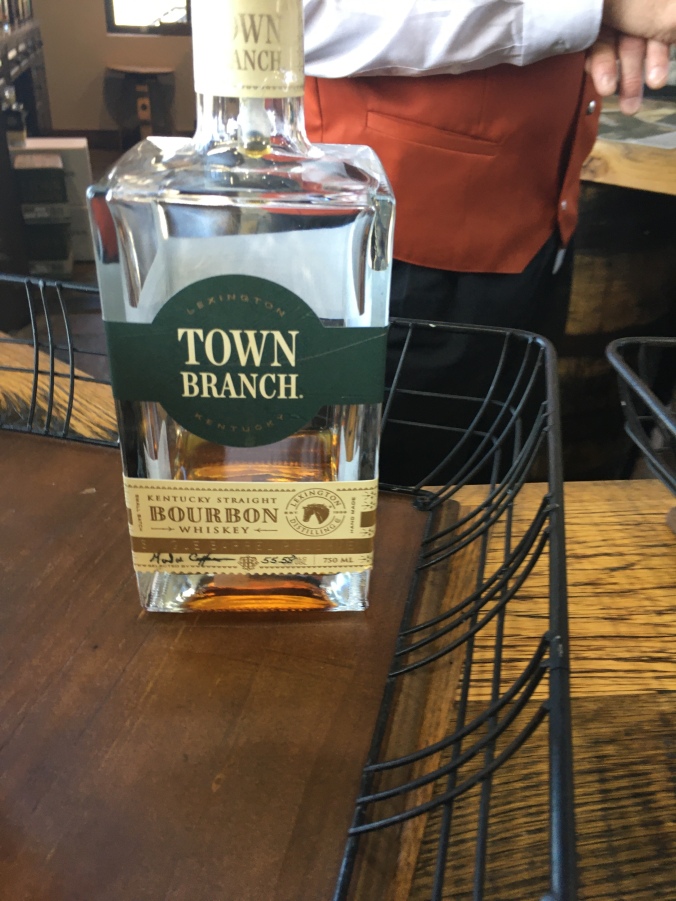